Platinum Play Casino has an array of Microgaming progressive jackpots waiting for players to go after them. The various games have jackpots ranging from thousands all the way into the millions, so take a moment to check out the lucrative options.

Mega Moolah is a bona fide classic among Microgaming slots, with players still in love with this animal-filled game. And it’s little wonder when players are competing for a multimillion-dollar jackpot with every spin. Going back in time, the highest-ever Mega Moolah jackpot was won by a former British solider who snagged an incredible $20 million and a Guinness world record.

This is a special version that combines to long-standing favourite Microgaming slots in the form of Mega Moolah and Isis. This Egyptian slot is also quite easy to afford, as the three-tier jackpot is triggered completely at random. In the special features, players can also benefit from wild symbols and up to 25 free spins.

Major Millions came before Mega Moolah, but this progressive slot also has a major jackpot. Played out over five reels, this old school slot captures the magic of vintage slot machines. Keep an eye out for the major himself, as five of this symbol on a payline will trigger the jackpot.

Treasure Nile is the second Microgaming progressive slot with an Egyptian theme. This slot has been made with five reels and nine paylines, but there is much more winning potential. Along with the various multipliers, it is also possible to snag the progressive by landing five Tutankhamen symbols on the ninth payline.

Cyberstud Poker offers a change of pace to slot gaming, with players going up against the dealer when trying to win the progressive pot. To win that, players need to be dealt a royal flush, and can win in numerous other ways. 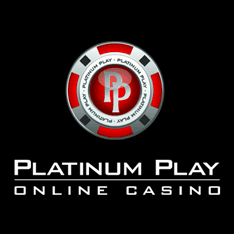 The Biggest Progressive Jackpots Ready to be Won