Online Casino Report's compilation of the best and the brightest online casinos for playing craps.

Real money craps is the game primarily played in land-based casinos, but craps found its way into the world of online gambling as well. It is the game played with dice at a large casino table, and if you’ve ever seen a movie scene where people are gathered around the table, cheering and shouting, the odds are they were playing real money craps.

The reason for this cheering comes from the rules of the game, as players gathered around the table don’t have to roll the dice themselves. They can instead choose to bet on the “shooter,” i.e. person rolling the dice. Although online craps rules are a bit complicated, in its essence the game is fairly simple.

Things kick off with the come out roll. If the shooter gets 2, 3, or 12, the round is over immediately, and everybody loses their pass line bets. If the roll is 7 or 11, everybody wins. If any of the other numbers is rolled, that number will become the point, initiating the second stage of the real money craps round. The shooter will continue to roll the dice until he rolls the point number again, which will be the win for the players, or he rolls a 7, ending the round with a loss.

Although it may not be as fun as the real thing, online craps can still provide a lot of excitement, and there are many players who enjoy playing real money craps at various online casinos.

Among the dozens of casino games played in modern casinos around the world, Craps is one of the few games still played with dice. For many players, this is exactly what makes it so unique as throwing the dice to decide your destiny just seems quite different to playing cards of mindlessly pressing the button on the slot machine.

In fact, if you walk onto any live casino floor in Las Vegas, Monte Carlo or Macau, you will probably find the most cheerful crowds gathered exactly around the Craps tables. With big money on the line, lots of spectators and bettors rooting for the shooter and the huge table in the middle for all the action to happen on, Craps makes the casino experience truly come to life.

Canadian casino players don’t get to play Craps enough, since there aren’t so many establishments that spread the game, but this is where online casinos come into play. Fortunately for us, plenty of online casino sites spread Craps and allow players to enjoy the experience from the comfort of their homes.

Of course, some of the thrill of Craps is lost in the virtual gameplay, but the game still goes a long way to replicating the actual experience and it can provides a great refreshment to players looking for something new. If you are looking to learn how to play Craps or where to play the game online, keep reading and find out all about real money online Craps.

Where Do Craps Come From?

From various historic texts, we can tell that some forms of dice were used to gamble many centuries ago. The game of Craps is derived from a different dice game called Hazard, which apparently made its way to Europe via Sir William of Tyre during the Crusades, sometimes in the 12th century.

Different forms of the said game were played in Europe and moved across the ocean to America in the 19th century, with the game becoming very popular in some of the early colonies. It wasn’t until the 20th century, however, that the modern game of Craps with the Pass and Don’t Pass lines was created and made its way into everyday lives of American gamblers, thanks to John H. Winn, who is known as the father of modern Craps.

Since then, Craps became a very popular game in the casinos around the world, but especially in the USA. With the rise of online casinos, Craps became one of the games that gamers could now play from the comfort of their homes. While Craps may not be the most popular online casino game, savvy players understand why the game gained its popularity in the first place and play it quite often.

Because of the somewhat complex layout of the Craps table, many new Craps players are fooled into thinking that Craps is a very complicated game. In fact, the game’s essentials can be learned in no time and once you have these down, you are ready to play.

In a brick and mortar casino, players who are playing the game take turns tossing the dice. In the online casino version of Craps, the player will be doing all the rolls for himself, which makes the game even more fun. In either case, before any dice are rolled, players need to make bets.

While there are many other bets available on the Craps table, the Pass/Don’t Pass bet is the only one that you have to make in order to play and really the only one you absolutely need to play the game. Everything else can be considered proposition betting and is not obligatory.

As one can tell by simply looking at the Craps table, there are plenty of bets other than Pass/Don’t Pass that can be made in the game. These include Come/Don’t Come, Field bets, Place bets, Hardways, Craps, Any Seven etc.

-          Don’t Come Bet: This bet is the exact opposite of Come and it means the player is betting on the dice not to pass.

There are other bets which you can make in the game of real money Craps, and over time you may start making some of them. However, it is important to remember which bets really make sense. The Pass/Don’t Pass and Come/Don’t Come bets offer a house edge of about 1.4%, which is reasonably low. Odds bets pay the exact value, which means there is no house edge and you can make them without losing anything. Field bets, on the other hand, are not good for the player at all, as the house retains an edge of over 5% on them, which is why savvy players avoid them.

We already mentioned that Craps is mainly a live casino game, whose biggest selling point is the atmosphere that Craps tables tend to make. However, the top online casinos in Canada all offer Craps as a part of their portfolio as well and playing Craps online can be extremely fun.

In fact, playing Craps live for the first time can be quite intimidating, as all the technical lingo used by the players and the casino staff and the fast pace of play can make scare players off in a big way. Playing online has plenty of advantages, including:

-          Lower Stakes: Playing Craps in a live casino, you will probably have to bet quite big since live casinos can afford to accept small bets at table games. Online, you can bet very small amounts as you learn the game and really get comfortable with it, which is why online Craps is much better for novice players.

-          No Pressure: Live Craps players will expect you to be fast with your bets and play and may find issue if you take too long to act or aren’t sure what you are doing. In online Craps, you get to play for yourself, take all the time you want and think about your bets as long as you want without anyone pressuring you.

-          Bonuses: Just like any other online casino game, online Craps can be played with a bonus, which means more money for you to play with and more potential winnings you can make.

-          Quick Play: Once you are comfortable with the game, online Craps will flow a lot faster than the live game. There is no need to wait for other players to make their rolls or bets or for the staff to deal out the winnings. A simple click will get the new roll started.

As you can see, there are plenty of reasons to play Craps online, and the beauty of it is that you can do it without even going to an actual casino. Canadian online casino players can choose from a nearly unlimited number of online casinos that feature real money craps, and we are here to help you choose the best casino every time.

We have already discussed the upsides of playing Craps online and the rules of the game, so you should be ready to jump into the action. However, the important thing you still need to decide is which online casino to play at and this is far from a trivial decision.

Since most online casinos offer Craps in one form or another, you will want to pick the best place to play. In order to decide which casino is the best, you will need to consider a wide range of criteria including:

By keeping an eye on all of these factors, you will be able to find the casino that will give you the best value while playing craps, while also making sure you are playing in a safe environment where you have full control of your funds and your personal information is kept 100% private.

If you want to make sure you are playing with a top tier Craps casino, just check out our list of the top online Craps casinos in Canada on this page. Our team has spent many hours playing and testing out various online casinos and we can tell you without a doubt which online casinos provide the best service.

No matter which casino on our list you choose, you can be sure that you are playing at a fully licensed and regulated site that protects its players and offers 100% fair gaming atmosphere. It will still be up to you to choose which of these casinos offers the most enjoyable Craps experience for you, but fortunately you can join as many as you want and find that out for yourself.

What should I bet on?

As a newcomer to Craps, you will want to keep your bets simple. Bet on the Pass field and make some rolls and take it from there while adhering to the advice you can find on this page.

How much can I win?

The winnings on the Pass/Don’t pass bet are always 2:1. The more you bet the more you can potentially win. Some of the prop bets offer higher odds but are also harder to win.

What is the most profitable bet?

The odds bets are the most profitable as the casino does not retain any edge on them. You get a completely free payout on them, so they are worth considering on top of the Pass bet.

Can I practice for free?

Yes! The top online casinos all allow you to play casino games for free before jumping into the real money play. 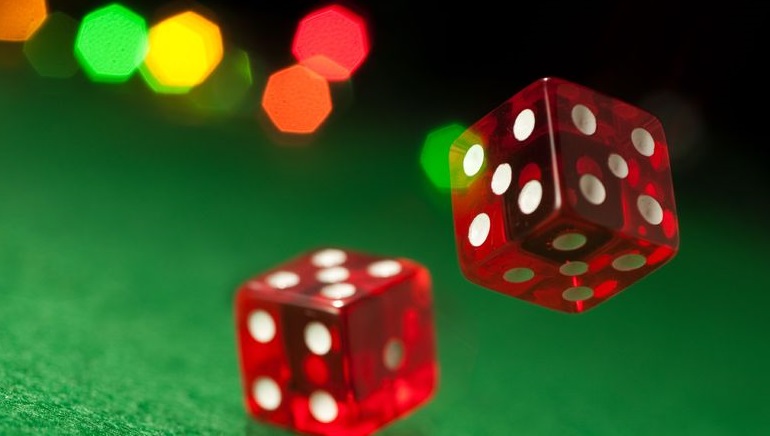 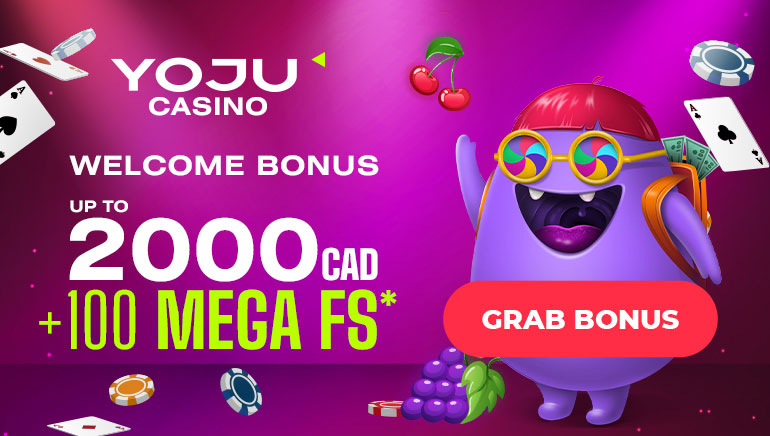 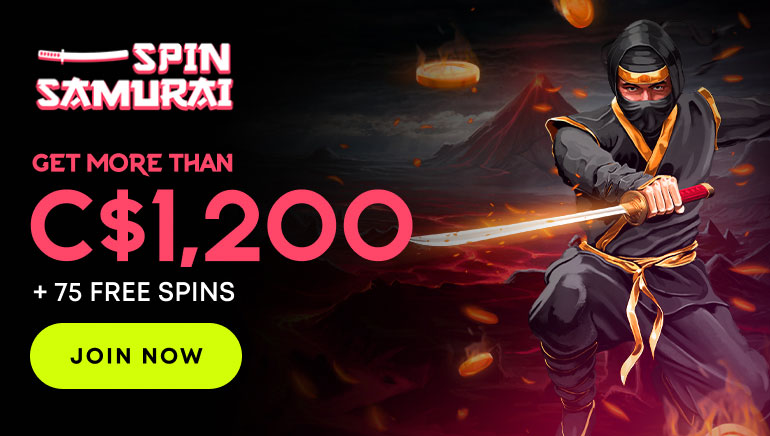